We know, we know.. It’s been a while. But it’s all explained in the episode. Just give it a listen, you won’t be disappointed. We even phone in special guest, Dan Katz from Podkatz 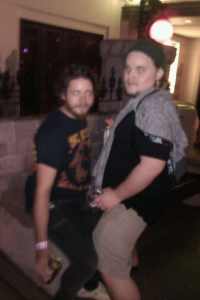 , for a little mini interview for you guys. Also sorry in advance for the terrible audio quality at the beginning of the show. Someone fudged with the mics. So as always, listen. Let us know what you think. Leave comments. Email. Call us. Whatever you want.